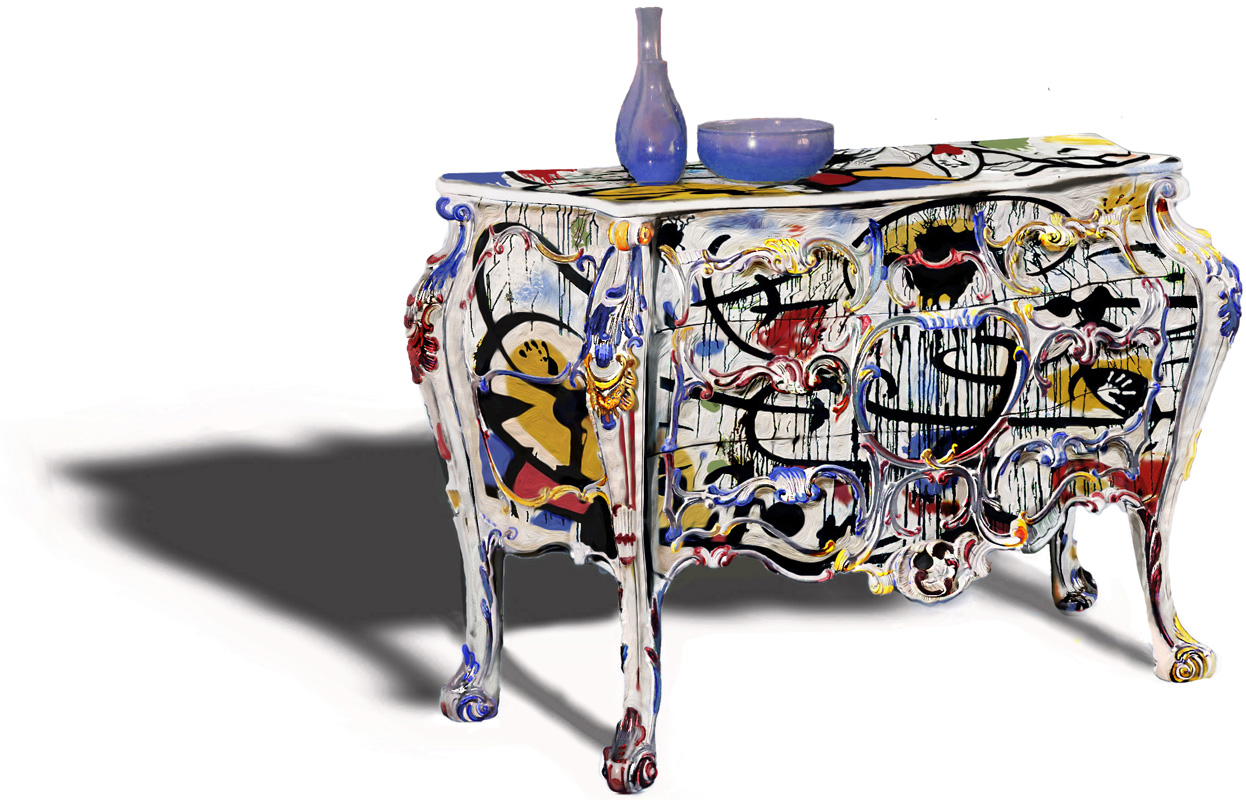 30 years after the death of one of the greatest figureheads of world painting, Fratelli Elli showcases the project Symbiosi Design: Joan Miró is the inspiration behind this first piece of furniture that combines the great Italian furniture-making tradition and the creative genius of one of the most famous artists of our time. Entirely manufactured, carved and painted by hand, this baroque dresser is produced in a limited edition. 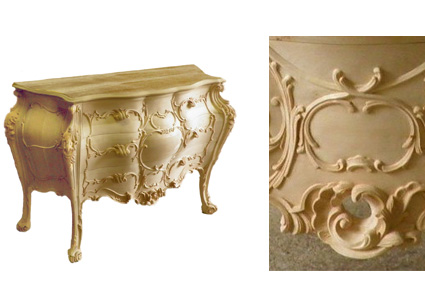 REQUEST INFORMATION
MIRÓ
Joan Miró is one of the artists who left an indelible mark on the world's collective consciousness: colored lines that go beyond pure abstraction to delve into the essence of things speak directly to the beholder's soul, conveying ideas and feelings, talking without uttering a word. 30 years after Miro's death at the age of 90 on Christmas Day, 1983, Fratelli Elli opens the project Symbiosi Design with a tribute dedicated to this great artist: home furnishings manufactured according to the greatest Italian tradition meet the grand maestros of contemporary art.

Along the lines of this splendid baroque dresser - also entirely built, carved and painted by hand - dedicated to "May 1968", a painting by Joan Miro completed during the 1968 student riots. At the cry of "Power to the imagination" young people were overthrowing all the paradigms upon which society had hitherto based itself, much in the same way as Mirò who was pushing the boundaries of contemporary art, and just as Baroque had overhauled the canons in vogue at that time. The now 75 year old painter executed a painting in which imagination truly holds sway, an expression of freedom and vitality that bursts at the seams with wild blotches of color, splashes, and even handprints. Thus, through the centuries, the art forms of the past and the present come together in perfect harmony.

Pablo Picasso could not conceivably go amiss in a project to combine classic handcrafted furniture with the great names of modern art: in an arabesque whose contours range from slight to heavily-marked, suddenly the hand-carved baroque dresser appears to be decorated with the likeness of "Le peintre et son modéle", one of the Picasso's most famous works. All this is hand-painted and manufactured in limited edition. 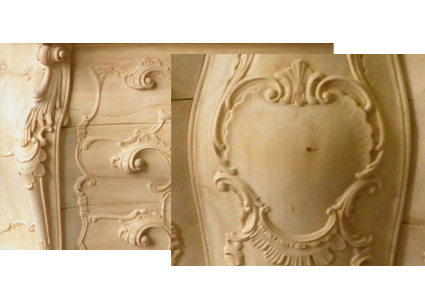 REQUEST INFORMATION
PICASSO
Universally acknowledged as one of the figureheads of the avant-garde movement, whose genius has been represented a watershed from every artistic expression prior to it, Picasso was able to simplify the shape, reducing it to pure sign, to the extent of overhauling the already revolutionary theory of cubism. Forty years after his death on April 8, 1973, Fratelli Elli chose to pay a tribute to this great artist: in a fusion of classic and contemporary that goes straight to the root of the artistic question, Fratelli Elli has replicated "Le peintre et son modèle" which can be defined as the symbolic representation of the act of creation.

As his later works often show, the two figures are made up of a swirling arabesques over colored backgrounds, in an interplay of volumes, fullness and hollowness, that roll into a single body. Thus speaks the unbreakable bond between the artist and the subject of his art, thus the creative process becomes a flow of forms that make us discover new realities, or that maybe were just forgotten. Among the soft contours we can make out faces, body parts, the painter's atelier, but above all the rest the beholder's eye is captivated by this free flow of artistic instinct that breaks preconceived molds and explodes onto the canvas. Or among the finely carved coils of classic art that still holds its strength intact.
E-mail sent correctly!